Share a memory
Obituary & Services
Tribute Wall
Donations
Read more about the life story of Richard and share your memory.

Richard J. Gambeski, 79, of Cambridge, formerly of Maplewood passed away on Thursday, January 19, 2023 at his home.

Richard was born on March 31, 1943 in Chicago, Illinois to Stanley and Mary (Sniadak) Gambeski.  The family moved to Superior, WI where he went to school.  He received his Bachelor of Industrial Technology (Engineering) degree from UW-Stout.  He later joined the Army from 1964-66.  Richard married Diana Klchosky in 1968 and they had three sons.  He worked as a Technician at Control Data; Univac in St. Paul and later Lockheed Martin from which he retired after 32 years.  He lived in Maplewood for 40 years and moved to Cambridge in 2021.

Richard loved his family and friends and he also enjoyed golfing.  He was preceded in death by his parents; brother Stanley, Jr; and sisters JoAnn Buchanan and Diane Sain.

Richard is survived by his wife Diana of Cambridge, sons Scott (Angela) Gambeski of Hugo, Todd Gambeski (Stephanie) of Maplewood, Tim (Lesley) Gambeski of Cambridge; grandchildren Nicholas and Savana Gambeski; sister Carol Swanson of Woodbury, as well as other relatives and friends.

A Celebration of Life will be held at a later date.

To send flowers to the family or plant a tree in memory of Richard J. Gambeski, please visit our floral store. 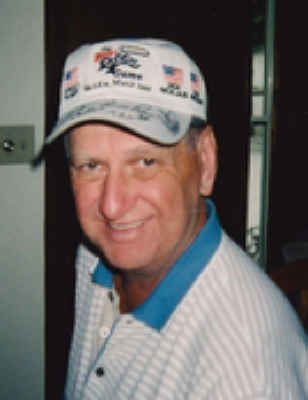 Look inside to read what others
have shared
Family and friends are coming together online to create a special keepsake. Every memory left on the online obituary will be automatically included in the book.

Look inside to read what others have shared

Family and friends are coming together online to create a special keepsake. Every memory left on the online obituary will be automatically included in the book.

You can still show your support by sending flowers directly to the family, or by planting a memorial tree in the memory of Richard J. Gambeski
SHARE OBITUARY
© 2023 Carlson-Lillemoen Funeral Home. All Rights Reserved. Funeral Home website by CFS & TA | Terms of Use | Privacy Policy | Accessibility