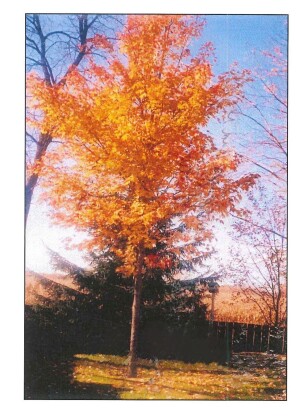 Evelyn A. Lemke, 101, of Crown passed away on Friday, April 16, 2021 at Sterling Pointe Senior Living in Princeton.

Evelyn Augusta Whittlef was born on August 25, 1919, to Henry and Emma (Grams) Whittlef in Spencer Brook Township. Life was hard as their mother died in 1925. Evelyn was a lifelong member of Zion Lutheran Church of Crown. She attended District #55 Country School and Crown Christian Day School; she lived most of her entire life in Crown.

On September 21, 1940, she married Ralph Lemke at Zion Lutheran Church; they purchased and operated a dairy farm SE of Crown, MN. They had two children, Sid and Sherry. In the 1950’s, she worked at Twin Cities Arsenal in New Brighton, and when it closed, she got a job at Honeywell and worked there until 1966 at their Hopkins and downtown Minneapolis locations. She then left Honeywell and worked for her sister in the Zimmerman Café. They later catered events in the area. All the while, she helped on the farm, maintained a garden and orchard and made a lot of canned foods.

In 1976, they sold the farm and purchased Lemke’s Store in Crown from Ralph’s mother, Emma Lemke, and lived in the apartment over the store. They sold gas and groceries until they sold the store in June 2005 (he was 89; she was 86). She continued to live there after Ralph’s death until 2019.  Several years ago, when the new storeowners made an attempt to sell the store, someone had commented “I can remember when it was run by this very nice older couple”, when Evelyn heard that she said “Who was that?"

In 2019 Evelyn moved to Sterling Pointe Assisted Living in Princeton. She celebrated her 100th birthday later that same month.

In her church, she taught Sunday School, was a member of the Ladies Aid and helped with the annual church dinners for decades. She was also a 4-H leader for a long time and a member of the local sewing club.  She enjoyed gardening, reading and traveling.  She visited 23 different states.

She was preceded in death by her husband, Ralph, her parents, one sister-Beatrice (Mike) Johnson, and eight brothers and all of their wives-Clarence (Esther), Vern (Bea), Ralph (Bernice), Ray (Theresia), Wesley (Esther), Lester (Beatty), Donald (1917-1918), and Wally (Gert).

Funeral Services will be held 3PM, Thursday, April 22, 2021 at Zion Lutheran Church in Crown.  Visitation will be one hour prior to the service.  Interment in the church Cemetery.

To send flowers to the family or plant a tree in memory of Evelyn A. (Whittlef) Lemke, please visit our floral store.

Video is available for this event